The latest update on Da Baum Shelter: We broke ground last weekend! We got calls from our super a few days before letting us know that our permits have been approved and they were ready to break ground last Friday! We’ve been driving by the lot when we’re in the are just to see the neighborhood and our neighbor’s home has been coming up quick so we’re excited to see the progress on ours! Since all the upgrades we picked are totally final now, I decided to do a post on upgrades we did and didn’t do.

The great thing about building a new house is that you get to pick exactly what you want and how you want it. The bad thing about building a house is, everything costs money and things add up really quickly! I talked about all the things we wanted in a house in a previous post, but I wanted to go more into what upgrades we chose, which ones we didn’t, and how much they cost. (Costs are rough estimates).

I’ll start off with all the upgrades we did do so you can understand why we opted out of the others: If you’re counting, that’s over $26,000 in upgrades! And that doesn’t include all the design options we chose! Here are the upgrades we opted not to do:

I know that was a pretty length post, but when we were deciding on upgrades it was hard for us to decide what we wanted! Hopefully that helps other new builders out there. 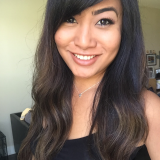